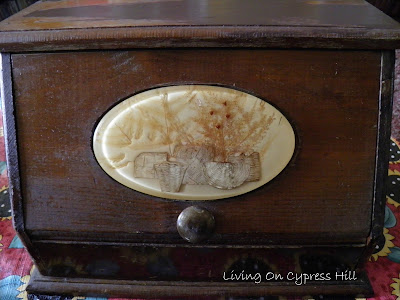 So I decided to get it and fix it up.


I couldn't find anything for the top of my refrigerator that I was happy with. 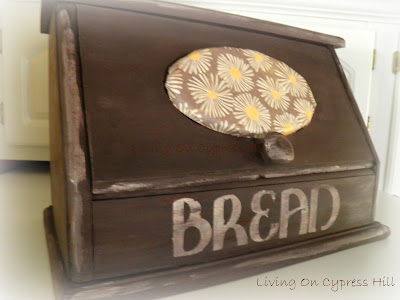 So that's where the bread box came in. 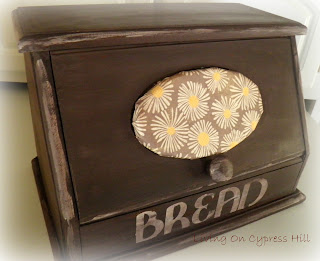 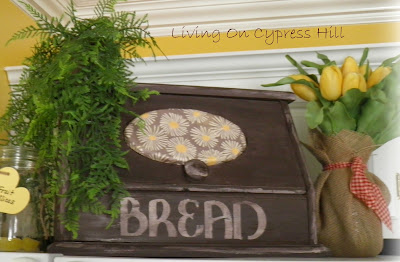 Trimmed out in Vintage White. 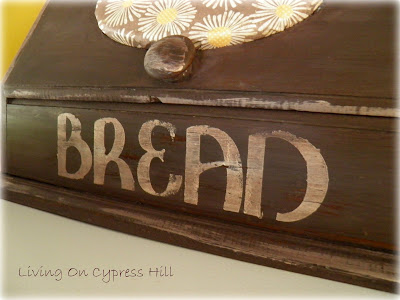 I used my cricut to make a stencil. 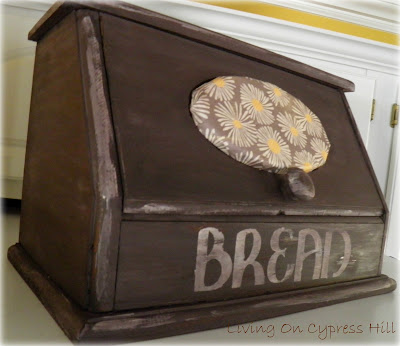 And I got some scrapbook paper and covered the ugly wheat looking thing in the center.  I glued it on and brushed a thin coat of Mod Podge over the top. 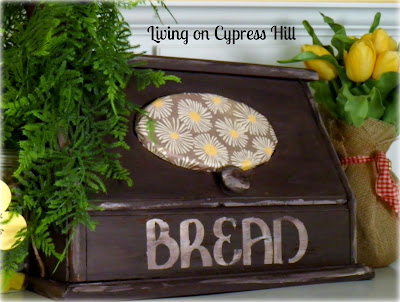 I also used some dark and clear wax. 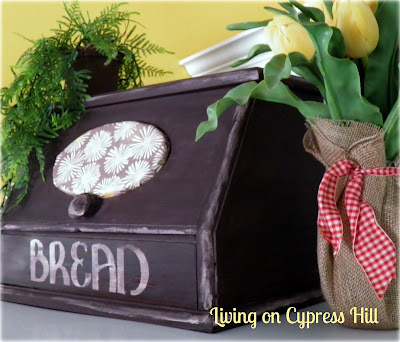 And now I have something new for the top of the fridge. 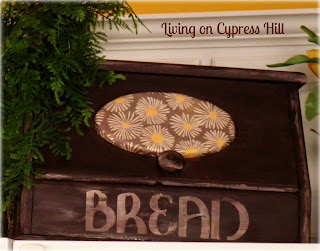 And I might as well have something I like on top of it, considering I stand in front the fridge several times a day wishing the grocery store fairy would go shopping for me.

But she's a moody thing and rarely wants to venture out. 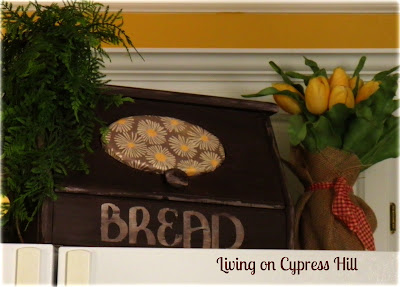 I still need to figure out exactly what I want to put with the box.

Misti @ Living On Cypress Hill
Just trying to manage my home with a full-time job, husband, empty nest, and a nearby granddaughter! :) livingoncypresshill(at)gmail(dot)com